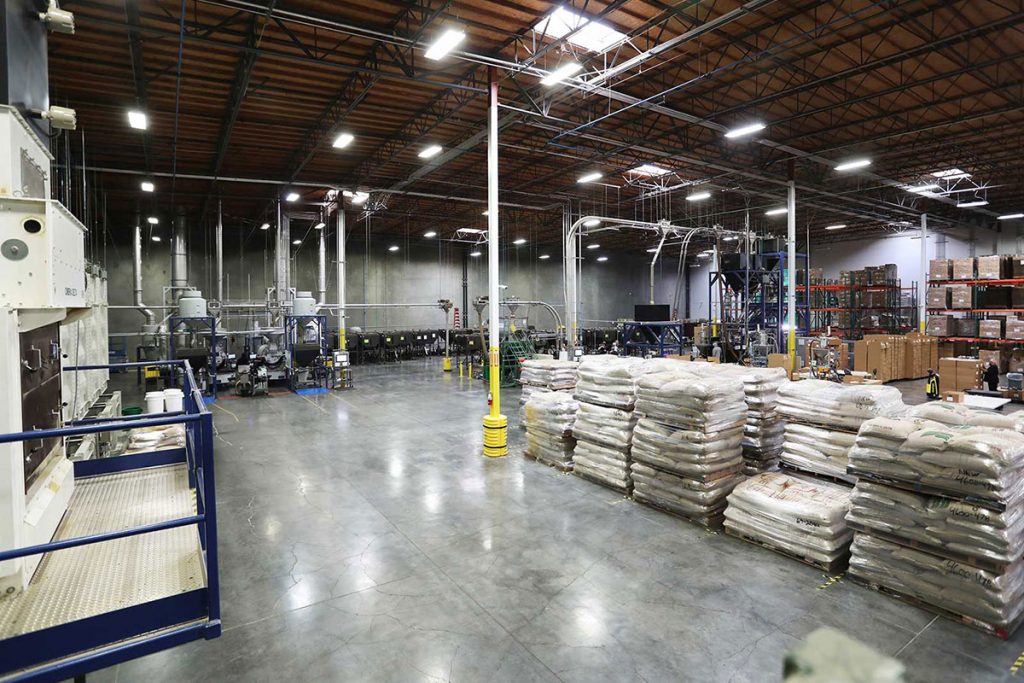 Philz Coffee is one of the most widely recognised names in the United States coffee scene. In the past 10 years, it has grown tremendously, with coffee shops in numerous American cities. Part of Philz’ success can be seen in its expanding roasting and processing capabilities, exemplified in its MPE-designed system in San Francisco, California.

Scope
Plant managers wanted a plant that could accommodate green bean storage up to 90,000 pounds (40,800 kilograms). They needed the ability to blend more than 10 types of beans for their finished products, along with wanting a high degree of automation. The finished product would be both ground, largely drip filter, and whole bean coffee. MPE Systems Group designed a flexible and fully automated process system.

Results
Philz’ system has been running smoothly for nearly five years now. Plant managers can easily blend together their recipes, while affording flexibility as to how the coffee is processed.

Its grandeur has even caught the focus of other the San Francisco ABC affiliate station.

For more information, call 773-839-4337 to speak to MPE Systems Engineers Scott Will or Andrew Huynh, or email solution@mpechicago.com